That time of year again – the annual pilgrimage down to the Learning Technologies Exhibition at London Olympia. As usual it was packed full of the latest and greatest in learning tech, providing a great opportunity to keep on top of the new developments. Here are a few of our takeaway from LT18.

Lots going on in the course authoring market

If you want to create great content for your online courses there’s no shortage of tools available. We’re pleased to see there are some fresh approaches to the learning content, with less focus on the platforms used to serve it. We’re still of the mindset that learning content is simply one part in the wider jigsaw of an effective learning ‘experience’, but any new tools and opportunities are welcome.

Articulate showed off their latest product in a talk titled ‘Reaching every device with Articulate 360’. Content created using Articulate 360 appears to scale to different screen sizes very well and can be previewed. They also boast a content library with over 2 million assets to use in your courses. Articulate has a large and loyal fan-base so no doubt will be a big player for years to come.

We’re looking to have a play with Thirst.io‘s new cloud-based authoring tool. Though still in its infancy, Thirst looks as though it could bring a lot to the table. How it stands up against the likes of GoMo Learning remains to be seen.

Appitierre, creators of the Evolve authoring tool and Bloom LMS, continue to stand out for us. They come across as incredibly passionate, obviously know their stuff and their products are good value. We were excited to hear that they will soon be releasing an open source version of their LMS, built on Node.js. One we’ll be watching closely.

Tactileo have an authoring tool as part of their digital learning platform. It comes alongside an LMS, resource library and animation tool. One feature that impressed us was its “Capsule” functionality. With this, you can attribute licenses the content that you create. Perfect for those who develop content for external suppliers and want to have control over how many times can be used.

And finally, nimble have an authoring tool designed to allow ‘non-techies’ to build courses with great aesthetics. Its interface looks simple and easy to use and the tool would appear to suit companies looking to develop basic training in-house.

The rise of AI

With all new technological developments, sometimes it can be difficult to separate the hyperbole from the tangible value. Filtered are doing some exciting stuff with Artificial Intelligence, tapping into a theme we’re quite passionate about, and that’s curation. There’s a huge amount of content that can be used to support learners in their endeavours already out there, and Filtered are using algorithms to curate in an increasingly relevant and contextual way. We’re excited to see where this could head and hopefully encourage a move away from ‘creation’ to ‘curation’.

The Learning Technologies fair always gives you chance to catch-up with some old friends. High fives (the virtual versions) go out to:

Using quizzes to generate leads for your training business

On the front page of the Candle Digital website, you may have noticed a small box with the question ‘Are you ready to take your […]

How can training providers create a ‘Purple Cow’?

We’re big fans of marketing guru Seth Godin at Candle Digital, and in particular his best selling book Purple Cow. In fact, it’s such a […] 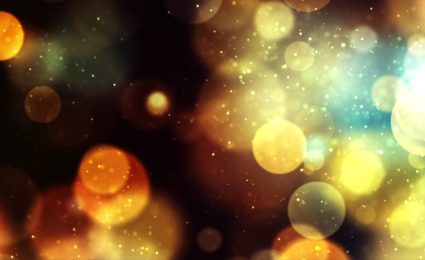 We’re starting out the new year by giving a warm welcome to Carlos Nisbet, who will be  helping us with our marketing initiatives. Carlos will be […]

Want to take your expertise online?

Let’s talk about taking the first step in transforming your training business.